As President Donald Trump prepares to meet with his Chinese counterpart, Xi Jinping, at the Group of 20 summit, the United States and China find themselves at the edge of a Cold War 2.0. This is in no one's interest; fortunately, it's within the leaders' power to avoid it.

They can start by thinking about the mistakes that brought the two countries to this breaking point. For years after Deng Xiaoping's decisive turn toward modernization in the late 1970s, U.S. business executives and diplomats supported not only opening the U.S. market to Chinese goods, but also a range of academic, cultural and even military contacts, on the theory that including China in a U.S.-led global system would induce Beijing's Communist rulers to open their economy and, over time, political system as well. By now, it is abundantly clear to people across the political spectrum that this bet has not paid off. Where there was once a bipartisan consensus in favor of broad engagement with China, now there is almost equally widely shared disappointment with China's failure to reciprocate as expected.

Trump's bluntly hostile approach to China represents only an extreme manifestation of that emerging national sentiment, a fact that China has been slow to appreciate and understand. China's strategic error was to assume that Trump's campaign rhetoric would give way to a tycoon's penchant for wheeling and dealing, and, ultimately, a resumption of business as usual. Instead, he has levied tariffs on Chinese goods and may increase them soon – and the reaction of American society to that has been less negative than China anticipated. Risky as it is, his policy at least puts China fully on notice that U.S. tolerance for its mercantilist policies – especially the theft of U.S. and other Western intellectual property, forced technology transfer and barriers to imports – has run out.

The question is what Trump proposes to do now that he has Beijing's attention. One approach would be to continue condemning China's failure to meet U.S. demands, and press ahead with higher tariffs, then settle in for what might be a protracted trade war. But the collateral damage to U.S. businesses and consumers would be severe. The wiser course, which Trump has hinted at adopting in recent days, would be a temporary truce: a further delay in additional U.S. tariffs in return for comparable Chinese concessions, to be followed by negotiations – serious negotiations – on the full range of issues between the two countries. Among the benefits of this method: It would preserve tougher U.S. trade measures as leverage for the future, and it would give the administration time to smooth out the other trade disputes Trump started with friendly countries such as Canada and Mexico, so that he and they may yet present China with a united front.

As they contend with Trump now, Chinese policymakers must understand that he won the presidency in large part because of American dismay – especially in the industrial heartland – with the results of China's behavior, and what the public perceived as a failure of U.S. leadership to check it. For his part, Trump should understand that he has a mandate for a smart course correction, not an aimless, blunt-force exercise in "America First."

For Infobae's complete coverage of the Group of 20 summit in Argentina: www.infobae.com/america/g20-summit-2018/ 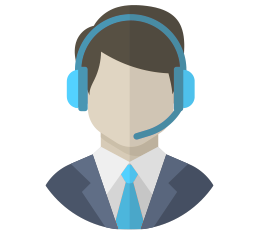